Not My Favorite Restaurant Here

Thursday was a nice day. The sun was shining and it was very warm out--about 72 degrees. This was a change from the mostly rainy weather and one snow dusting we have had this winter. The kids hadn't been outside to play in weeks because our backyard was never dry. The yard still wasn’t dry, but when Mark got off work, we took the kids to a local park. The kids had a blast (except for that one moment when another little girl hit Anna). I had fun (except for that moment when the aforementioned kid’s mom threatened to spank her, she couldn’t have even been two).

After the park, we decided to go out to eat. This is a rare treat for us. I like to cook, Mark likes to cook and we are both pretty good at it (him better than me, but only because he’s had more practice). For this reason, we eat almost exclusively at home with the occasional take out meal. I had been itching to go to Carino’s because I received a good coupon in the mail, but I had left it at home. Instead, we decided on Longhorn Steakhouse.  We liked the one we went to in SC.

That was a big mistake. We had to wait over an hour to get a table. They had two large parties come in before us. We could see that all the tables on one side of the restaurant were put together for one party. On the other side, all but one table was put together. Fine. We are patient people, we can wait. But, after about 45 minutes, they seated another group ahead of us. Then, after about an hour we realized the people in the first large party were just now getting their food. We could have left, and we thought about it, but by the time we went anywhere else (even a drive through) we would still be eating at about the same time. Plus, the older kids were looking forward to eating by the “skeletons” aka dead longhorn heads on the wall.

Coincidently, when I asked the hostess how much longer we would have to wait; I was informed they were cleaning off our table right now. So, we get seated and our waitress brings us the customary bread basket. TIP: If you have a table of six that has been waiting for over an hour and especially if four of those people are children, bring at least two baskets. The kids had the bread devoured in no time. Our waitress took our order and brought us another bread basket. I ordered for everyone, but Mark. He ordered grilled chicken with mushrooms, a baked potato and rice. She read it back as grilled chicken with mushrooms, mashed potatoes and rice. Thankfully, I picked up on the mistake and corrected her. However, when we got our meal, Mark had his baked potato, but he also had parmesan crusted chicken. [head palm]

Our waitress was nice enough, but a bit spacey. There was the miscommunication about potatoes, the mix-up with the chicken and she had a button undone right in the middle of her shirt. Any one of those is no big deal, but add them all together…. She also really needs to learn to not over share. I know more about this woman’s life than I do my neighbors. I know enough details that if I were to type them all here and her co-workers read this blog, I bet they would know exactly about whom I am writing.

Poor Anna, she couldn’t hold out for our food to come.  She fell asleep halfway in my lap and half in her chair. Who can blame her though? We arrived at 6:37PM and got our food at 8:24PM. I ate my salmon (which was good, btw) with one hand.

The evening wasn’t a complete failure. All of the kids were golden the whole time. They never got whiney or cranky while we were waiting. They used their manners and were on their best behavior. We even got complimented on their conduct. The women at the next table over said, “When you first walked in, we thought ‘wow, they have a lot of kids’, but now we see why. They behave so well!” Our kids make me proud.

And just because I can’t resist, here is the best photo from our outing to the park: 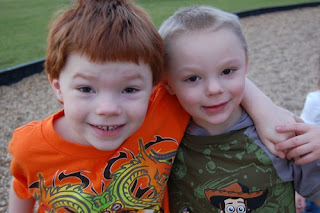 Posted by Christi at 1:31 PM No comments:

This was one of my favorite shirts: 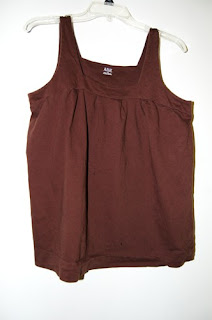 I noticed that a few mysterious, tiny holes appeared. 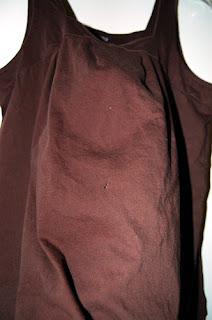 Here is a close up of one hole: 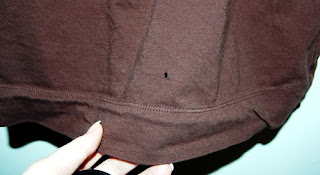 I didn’t want to throw away an otherwise perfectly good shirt.  I went to eBay and bought some small crocheted flowers for a total of $4.  Then, I sewed them over the holes in my shirt (with a couple extra flowers for good measure).  Problem solved! 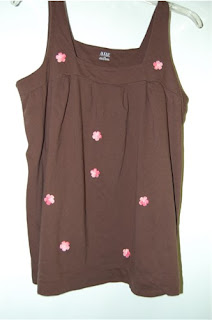 Posted by Christi at 2:18 AM No comments:

I had a whole post typed out, and then I had Mark read it.  He said it was good, but sounded clichéd.
**crickets chirping**
I don’t like to admit it, but he was right.  So instead of lamenting about how the culture and personality of the region got into my blood, I will simply say that sometimes I miss the Carolinas.
BTW, I refer to the Carolinas as one because we lived in both North and South for almost equal amounts of time and we had two kids in each.  NC might have a slight edge because we were married there.  Then again, SC might have an edge because we loved our house there.  Either way, Carolina was home to our family for 13 years.
A few months ago, a career opportunity for Mark presented itself.  We made the second major move of our marriage and came to my home state of Texas.  I am delighted to be closer to my family.  For the first time in many years, I am able to see my parents and other family more than once or twice a year.  However, all major moves have their drawbacks.  Getting everyone and everything settled takes time.  We are adjusting, but it has taken more time than I thought it would.  Little things like finding a great grocery store or hairdresser makes a new place feel more like home.  I haven't really found either yet, but I will.
Until then, I keep playing James Taylor's Carolina in my Mind.  Here is a beautiful version by Alison Krauss:

A New Name, A New Look

So much has happened since the last time I blogged about anything significant!  For starters, I have a new look and a new name for the blog.  It took me months to come up with just the right name that wouldn't bankrupt me.  So now you can catch me here at crewmom (dot) com.  Seems silly now that it took me so long.  I can be a bit obsessive when it comes to names though. We also had a major life change that will have to wait until next time.  Yeah, yeah, I'll keep you waiting, but only for a day or so.  But take a look at some of things we have been up to the past 8 months:
﻿
We went to the beach in Alabama 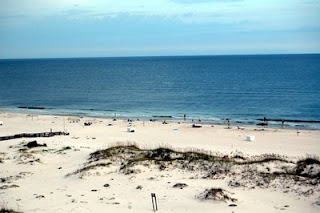 We drove over to Florida so we could add another state to mine and the kids' lists.  Mark has already been to all but Alaska and Hawaii. ;-) 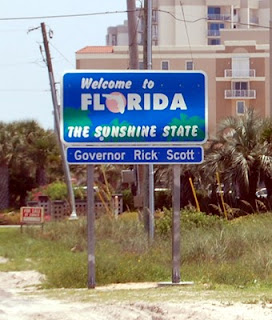 Garrett had his 6th birthday. 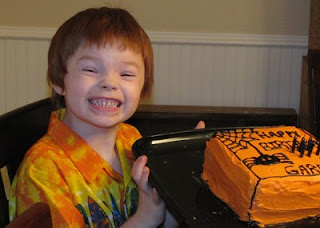 We dressed up for Halloween. 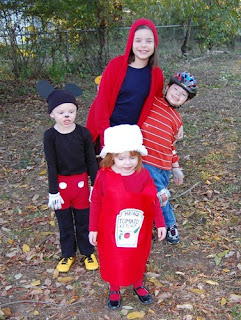 The kids had a blast playing in the rain/mud because I'm cool like that. 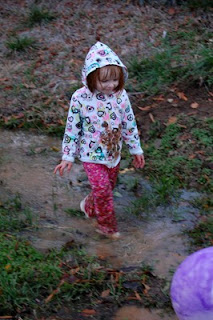 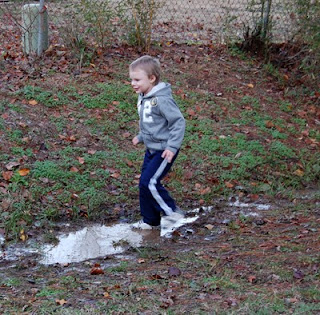 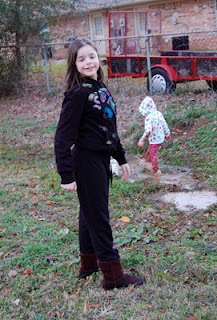 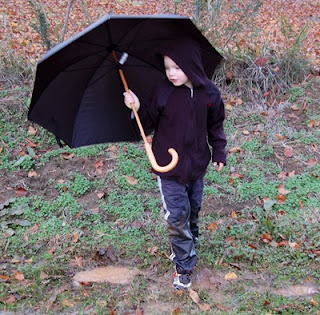 Emily had her 11th birthday. 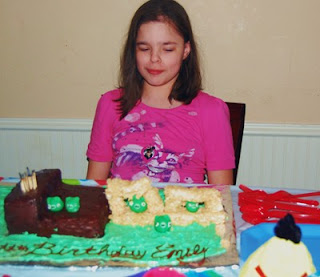 The transition is almost complete!  If you are a returning visitor, you may notice I have a new look and a new name.  I haven't officially launched yet, but I wanted to do a quick update to say I am working on it.  If I can get some good photos of the kids, I will do an announcement on Saturday or Sunday or Monday.
Posted by Christi at 4:03 AM No comments: