I took Emily to a geneticist appointment today. Though I haven't written about it in The Story of Emily yet, some of you may know that Emily has a genetic disorder called Oral-Facial-Digital Syndrome Type 1 (OFD1). When I reach the point in her story when we get the diagnosis, I would like to tell more about OFD1. However, for now, you should know that it is a very rare genetic disorder and that kidney problems are sometimes evident in patients with it.

Emily has been seeing geneticists since she was just a baby. At first, we went every six months, then every year. Her last visit was almost 3 years ago. In that time, we didn't have any new concerns so there was really no need for an appointment until now. Lately, Mark and I have noticed how Emily is very flat-footed and that her ankles turn downward when she is standing. We didn't know if this was connected to her genetic condition or not. When I brought it up at her check-up, Emily's pediatrician (Dr. M) suggested we talk to the geneticist (Dr. E) about it. Dr. M also ordered a back x-ray to check for scoliosis (a problem seen in OFD1 patients sometimes), blood work to check for kidney problems and a renal ultrasound to do the same. We had these tests done about a month ago. Mark and I are also concerned about Emily mouth. She has several clefts in there. None of them are of the pallet, but on her gums. These cause problems with her teeth alignment.

The beginning of the appointment was much like all the others. A genetic counselor and two interns came in to ask lots of questions. I answered everything from questions about Emily's development to our concerns for her. They measured and weighed Emily, then asked us to wait for the doctor. Emily went to play in the playroom and I read a magazine. I was just starting an article on how to prevent the flu when Dr. E came in. I fetched Emily and he did his exam, paying special attention to the clefting Emily has on her gums. He watched Emily stand and walk barefoot and agreed with us that she needs further examination.

After Dr. E was through with his exam, he asked Emily to go back to the playroom (to which she happily agreed) so we could talk privately. Dr. E sat down on his stool and looked me right in the eyes with "that look". Yeah, I knew what that meant--I was about to hear something I wasn't going to like. I steeled my spine waiting for the bad news, but really, it wasn't as bad as I feared. Dr. E informed me that Emily's renal ultrasound was normal up until the last image. On that image it showed that her renal pyramids show up more than they should. The good news is there are no cysts (something every OFD1 parents fears). The bad news is we need to find out why and what this means for her. The other good news is that all her blood work came back normal. The other bad news is Emily has a 5 degree curvature of her spine. That's not a big curve, but better to get it checked out now rather than later.

All in all, I think the appointment went well. We now have referrals to a cleft clinic (for her mouth), a well-known orthopedic hospital (for her spine and feet/ankles), a neuro-development clinic, and probably a nephrologist (for her kidneys). It may seem strange for me to call it a good appointment after getting all those referrals and the bad news about her kidneys. However, the referrals mean our concerns are not being swept under the rug. As for her kidneys.....until we know there is something concrete we need to worry about, we'll try not to. We've been through so much already with Emily that if I worried over every little thing, I would be a total basket case.

As we learn more, I will keep you updated. In the meantime, prayers and good thoughts sent our way are always welcome.
Posted by Christi at 10:59 PM No comments:

We have a new pet. Her name is Molly and she adopted us. Mark and I had been discussing getting a cat for a long time. I wanted to get one from the shelter and I thought we would wait until after the first of the year. Then one day in mid-September, this cat shows up on our deck. She started following the kids around, wanting to be petted. We've had strays show up before, but she was the first one that was friendly and I didn't feel the need to run her off. We started feeding her and she hung around (like any smart cat would do). Anytime I washed dishes or the kids were at the table, she would perch on the window sills and watch us. Mark and I decided we should keep her.

A month went by and the cat got a name, a vet visit and the privilege to come inside. I have to say she is the easiest pet we have had so far. We've had a dog, guinea pigs, frogs and a slug. All of them are gone now, but Molly is here to stay. The kids fight over who gets to feed her and clean the litter box. I am not delusional in thinking that it will remain this way, but I am enjoying while I can. It's been a month, maybe it will last........ She really is quite fun to play with and love. I've didn't think I was a cat person, but maybe I am.

Here is Molly when she first showed up: 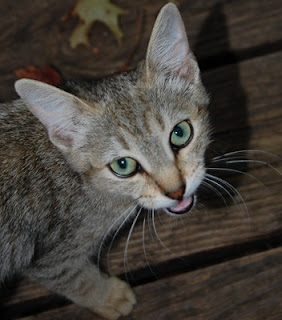 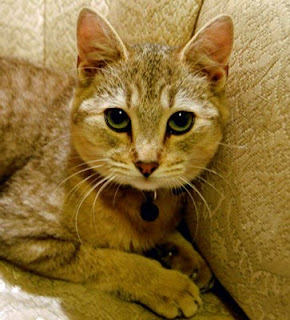 Posted by Christi at 1:51 AM No comments:

Garrett is one whole hand!

Garrett turned 5 years old last month! He is such a smart, amazing little guy. Can I still call him little now? I am constantly astonished by his imagination and vocabulary. Garrett loves to tell jokes and make up stories. Most of his stories involve superheros of some kind, saving the Earth. More and more, the superheros are also named Garrett. Mark and I really chose well when we named him. He loves his name! 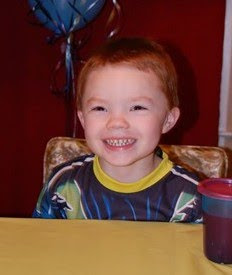 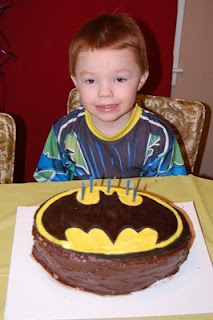 Do we have to take another pic? I want to eat cake! 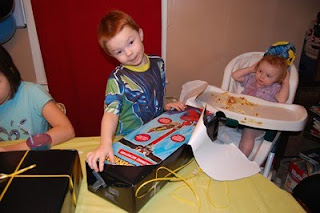 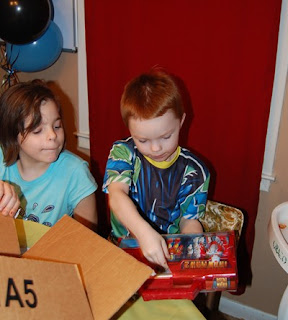 So excited to get this from Memo and Papa! 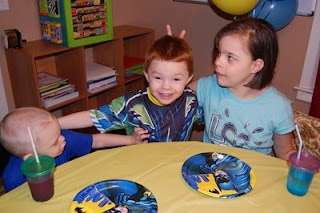 Funny photo-op with brother and sister.

Our super hero duo, Batman and Robin. Gotham will never be the same with these two fighting the bad guys. Payment may be rendered in lollipops. 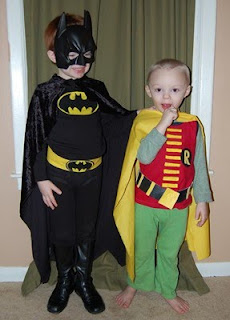 The first astronaut in our family. Thankfully I was able to capture the moment when she claimed the living room floor for the wonderful U.S.A. 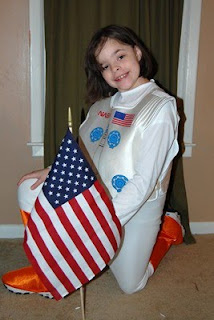 The cutest little witch around. Already conjuring American flags out of thin air, or out of her sister's hand. 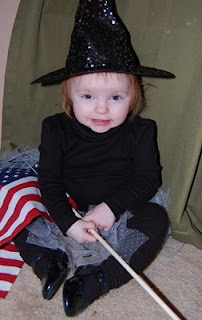 Posted by Christi at 4:36 AM No comments: