The Story of Emily, Chapter 6: The Story Continues 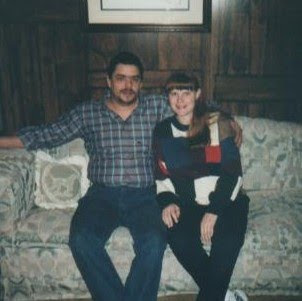 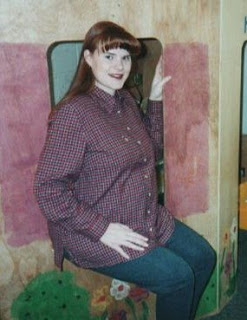 Before our next hospital visit, Mark and I nailed down a name for our baby. I knew I wanted her middle name to be the same as my sister’s middle name. Now all we needed was a first name. It seemed like we couldn’t agree on anything. I personally liked Amelia for Amelia Earhart. She was a strong, independent female. Mark didn’t care for the name, nor what seemed like hundreds of others I passed by him. Finally, I got frustrated enough to go through the baby name book page by page. I wrote down all the names I even remotely liked. When Mark got home from work one day, I sat him down and made him say yes, no or maybe to every single name. When we got done, there were a total of five ‘yes’ names. From that list, we picked Emily. I liked that it was variation of Amelia and because of Emily Dickinson and Emily Bronte. Mark liked it because of some John Wayne movie. We both liked it because it was short, easy to spell and when written in all caps, it is all straight lines. Knowing our baby would have trouble writing (if she ever wrote at all) we wanted to make it as easy as possible for her. My only hesitation for the name was its incredible popularity.

It was good to walk into the appointment having a named baby. That was about the only good thing because Emily’s ventricles were still increasing in size. This time when they asked us about the amniocentesis, we agreed with the stipulation that we wait until after 30 weeks. I knew if I was that far along, even if it caused pre-term labor, Emily would have a greater than 98% chance of survival. We scheduled the amnio for the Friday after Thanksgiving—Black Friday. When I called my mom to tell her, she decided to fly in for the event. I was so happy she wanted to be there for it! I don’t do so well with invasive medical stuff and besides surgery you can’t get much more invasive than a very large needle being poked into your abdomen. Mark’s mom had been great about coming with us to all the big appointments, but sometimes a girl just needs her own mom.

On Tuesday before Thanksgiving my mom flew into North Carolina. She hadn’t seen me pregnant before. Well, she did back in June, but she didn’t know I was pregnant at the time. I think it was quite a shock to her. It was alarming how much weight I had gained. One of the ways I had dealt with all the stress was eating. I ate all day long. The kids at school had a morning snack, lunch and an afternoon snack. If there was any left over, the staff was welcome to it and I took full advantage. By this point I had already gained close to forty pounds and I still had over two months to go. In fact, the next day I had a “regular” OB appointment with a visit to their nutritionist tacked on the end. I didn’t take what the nutritionist said to heart. Heck, I don’t remember much about her other than her telling me to eat Wheat Thins. I was much too worried about Friday to really care.

Black Friday. Only later did the irony become apparent. We had to be at the hospital by ten, but surprisingly the traffic wasn’t bad. I guess all the crazy shoppers had come and gone. After we got checked in, we went into the ultrasound room. There, I laid on the table/bed and pulled my very attractive maternity pants down below my expanding belly. A doctor, nurse and sonographer came into the room and it was time for the amniocentesis. Silly me, I asked if they numbed the spot first. That was a definite ‘no’. Wonderful. The sonographer squirted some jelly onto my belly and used the probe to find a pocket of fluid. When the pocket was located, the nurse prepared to hand the doctor the needle. It was at this point that I closed my eyes and gripped my mom and Mark’s hands. I didn’t need to see the needle. I knew by reading and seeing pictures that it was a very LARGE needle. I also knew that it was really a long, hollow steel tube. They just called it a needle to make you feel better. The doctor inserted the needle into my stomach, very close to my belly button (in truth it might have actually been my belly button) and began to draw out fluid. I heard some shuffling and asked if it was over yet. Nope. They had decided, without asking me, to take some additional fluid for a FISH test. Terrific. I squeezed my eyes tighter. This was definitely something I didn’t want to see. However, I swear I could feel the fluid being drawn. I felt like I was 7 years old again getting a shot at the doctor’s office and trying to be a big girl and not cry. I succeeded, but just barely.

After it was all over, I pulled my pants back up and prepared to leave. We were informed the FISH test results would be back the next week and the amniocentesis would take about two weeks. I was told to walk as little as possible the rest of the day, to take it easy and basically be pampered. Nevertheless, I needed (or thought I did) to go to the store. We dropped Mark off at home and my mom and I went to Wal-Mart. We had this great idea that she could push me in a wheel chair. It was fine at first, and even a little fun, in a kid-like way. That is, until Mom left me among the clothing racks to look at something else. Bless her heart, she didn’t mean to leave me stranded, staring at a row of blue pants, but that’s what I was. I wasn’t supposed to walk so getting up wasn’t an option. Neither was I supposed to exert myself, so no pushing the wheels with my hands. I couldn’t yell for her either because that would be stressful. In that few minutes, I gained a new appreciation for those confined to wheel chairs. It is an incredible lonely feeling to be helpless.

My mom had to return to Texas by the end of the weekend. Before she left, she (and my dad) gave us what was probably the best early Christmas present ever: a washing machine! We went to town and picked one out. We also bought a dryer to go with it. Lowes delivered them that afternoon. I was so excited! I didn’t mind doing laundry at the Laundromat, but a few weeks prior I had injured myself carrying the heavy baskets. I had been unloading the baskets from my hatchback when the strain pulled some ligaments in my lower belly. Thankfully, that was all it was, but with everything else going on it was enough. Having the new washer and dryer helped take the sting out of Mom leaving. I knew I wouldn’t see her again until after Emily was born. Little did I know another rough time was approaching.