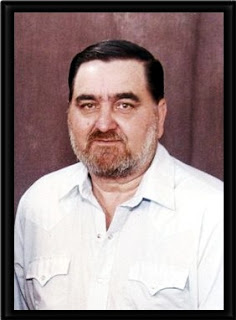 My Uncle Doug passed away earlier this month.  A few years ago he was diagnosed with lung cancer.  Against all odds, he beat it.  Unfortunately, the evilness struck once again, but this time in his brain.  Still, he fought to overcome this cancer as well.  But, all too soon, the cancer became too much to bear and Doug was admitted to hospice care at a Veterans Affairs hospital two hours from home.  He spent a few months there with my parents visiting every Sunday and his best friends visiting every Wednesday.  Other family members visited when they could.

This past Christmas, while spending time with my parents, my family went with them to see Doug.  We had a very nice visit and it was great to see him on Christmas Day.  He gave each of my kids a little light-up Christmas tree. 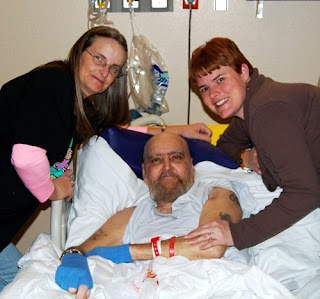 When I think of my Uncle Doug, one word keeps coming to mind: unpretentious.  Doug was who he was. He never put on airs for anyone.  He looked like a tough guy, but had a gentle soul and a heart of gold.  That all sounds clichéd, but the proof was in his actions.  He was forever giving small gifts just to brighten someones day.  He also fixed broken bicycles for neighborhood kids--free of charge.  And if, by chance, a child didn't have a bike, Doug would find him/her one.


When I was putting together my thoughts for this post, I kept trying to think of specific memories I could share.  It was frustrating to me when I couldn't come up with anything--until I realized why.  Doug was always there.  Even when you didn't expect him.  Which brings me to a slightly amusing story that I do remember.  Mark and I had just started dating.  In fact, I don't think I had introduced him to any of my family at this point.  I met Mark down at our usual meeting spot for a date and who should walk in?  Yeah, that's right, my Uncle Doug.  I think the expression on my face must have been a mixture of shock and horror.  Shock that I got caught and horror that I would have to tell my mom and dad about the older man I was now dating.

But that's okay.  This past September, Mark and I got to visit with Doug at his friends' house before he got really sick.  Doug told us some stories from his and my mom's childhood.  I loved hearing about when they were younger and the funny/crazy things they did.  Doug is three years older than my mom and they were the two youngest for a long time.  Together they were co-conspirators in many situations.  In a roundabout way, it is all because of Doug that I am here today.  As I understand it, Doug was good friends with my dad's cousin Randy.  One time when Randy was going to see Doug, my dad tagged along.  Doug was outside playing football with some other guys and my mom.  The rest, they say, is history.

I think one of the best ways to remember someone is to remember what they loved.  Doug loved his family (close friends included).  He loved Elvis, black cat firecrackers, peppermint sticks (the kind that melt in your mouth), guns and knives, the colors blue and black, his country, hats and overalls.  He was soft spoken and loved to laugh. 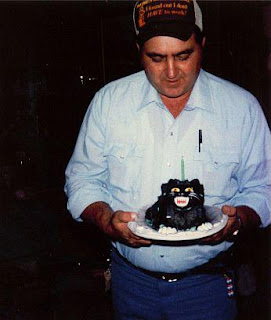 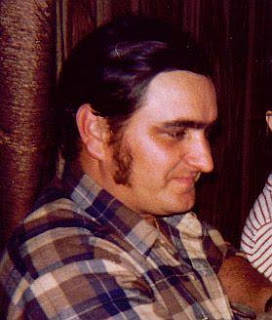 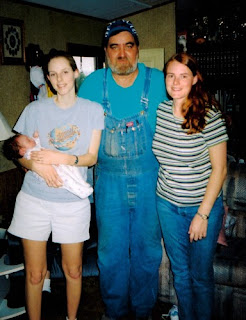 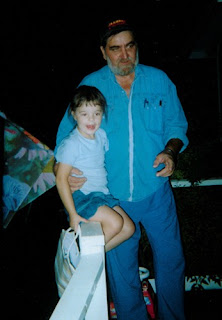 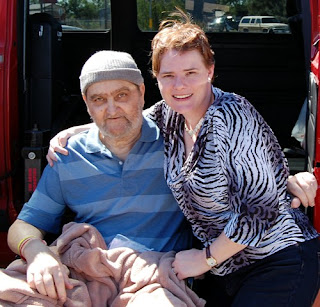 Finally, I must include a video of one song played at Doug's funeral.  Here is Elvis singing "My Way":

Doug did it his way.