Mark had to go out of town to work for the past few weeks. I didn't want to advertise that he was gone so I've waited until now to update. He was only supposed to be gone for one week, then two weeks. When his work asked him to stay for a third week, I decided to take the kids up there for a few days. Good thing he had a big hotel room with a kitchen! Also in the town he was working lives a good friend that I met online. I've known Paige for 5 years, but of course had never met her. Mark watched the kids on Saturday night so that Paige and I could go out to eat. We had the best time and talked for over four hours. It was nice to have a girls' night. I can't even remember the last time I had one! 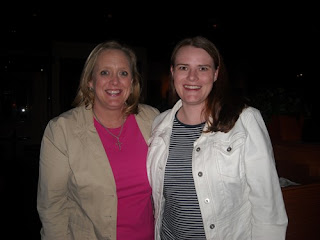 The Moms out on the town.

Sunday night, Mark and I took the kids to that best loved restaurant and game place, Chucky Cheese. I braced myself for the worst, but we actually had a good time. It might have to do with the fact we were the only ones there. That's what happens when you go someplace at 9:00 on a school night. Not a problem for us homeschoolers though! 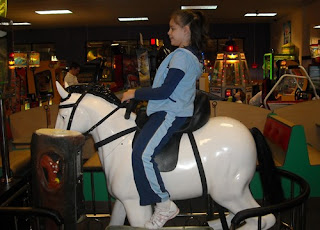 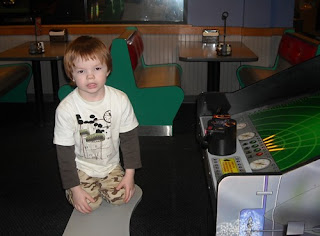 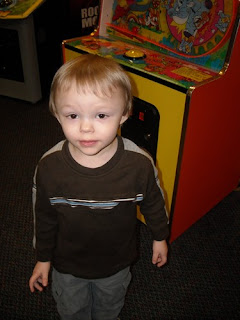 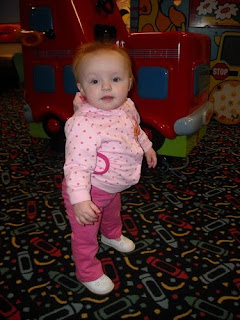 Monday afternoon, the kids and I followed Paige out to her house to meet her clan. My kids had a great time playing with her kids. There ended up being 14 people at her house for spaghetti. Not all of the kids belonged to me and Paige. Some were friends that stopped by the house. She was also nice enough to bring one of her horses down from the barn for my kids to meet. They are still talking about him!

The kids and I stayed with Mark until Wednesday when we made the trek home. Since it happened to be St. Patrick's Day, I went and bought all of us a celebratory t-shirt. Now that I know some of my ancestors actually came from Ireland, I don't feel like an impostor. We stopped by my father-in-law's house on the way home. The kids had a great time running around. It made the rest of the trip a little easier. 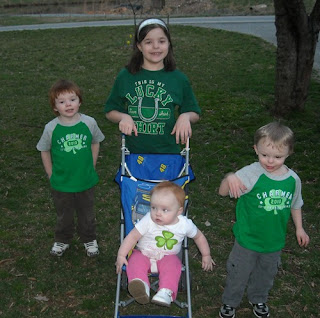 When Sunday rolled around, we had Anna's birthday dinner and cake. At first she didn't want to wear her crown, but once she was distracted, she didn't even notice it anymore. She really does look so pretty in pink! I can't believe how fast she is growing up. I think she liked the chocolate cake I made for her. The decorations on the cake didn't turn out as well as others I have made, but she didn't seem to mind. Happy birthday, baby girl! 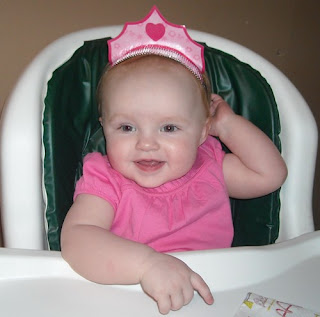 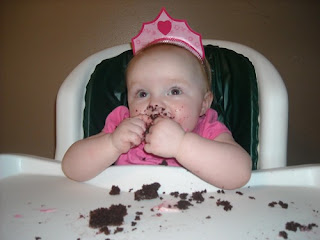 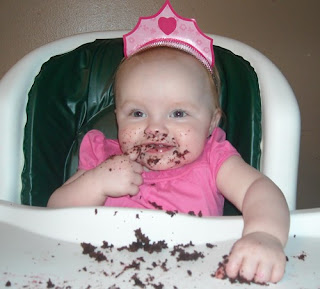 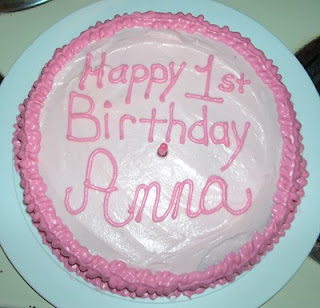